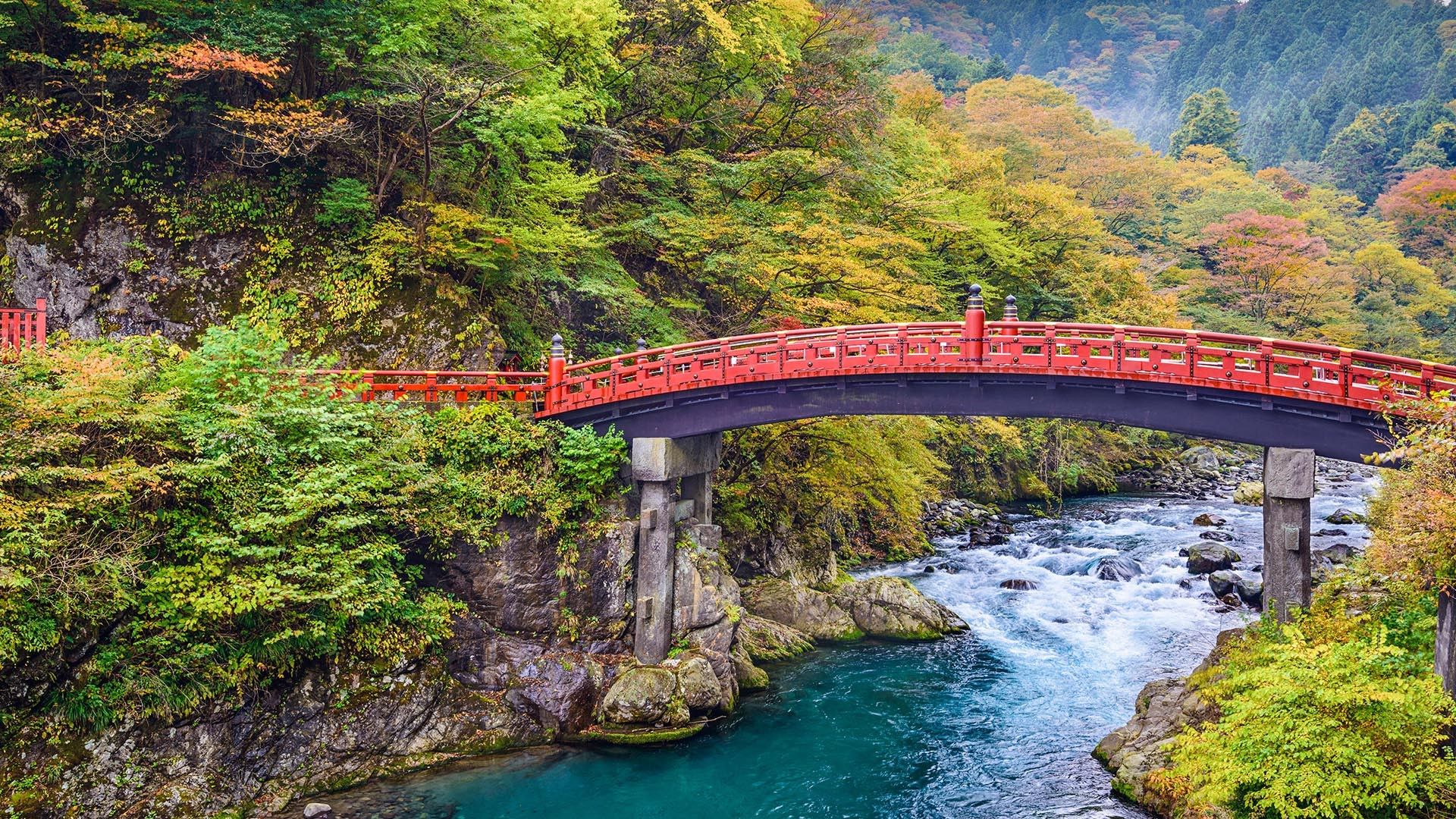 Touted as one of the three most beautiful bridges in Japan, this red-lacquered span is called Shinkyō, which means ‘sacred’. It crosses the Daiya River within a Shinto shrine founded in 767. The bridge itself isn’t quite that old – it’s a relative newcomer, first built in the 17th Century and then rebuilt several times since. Shinkyō Bridge is considered the gateway to Nikkō, a city rich in both scenic beauty and historical treasures. In addition to this bridge and its surrounding Futarasan shrine, the city is also home to the Tōshō-gū shrine, site of a 17th Century carving said to be the origin of the Three Wise Monkeys proverb.